Our goal is to always keep our clients involved and informed to what is going on in the markets. To that end, we produce a weekly newsletter to ensure there is a quick read on the big picture (macro economic) and company specific (micro economic) events that affected the markets the last week.

Listed below are the recent archives of the newsletter that is sent out to clients each week.

From Wall Street to Main Street

Highlights from the past week

Markets remained up and down during the week, but the technology-heavy Nasdaq did end positive for the third straight week.  Through the first three weeks of the year, the Dow is barely positive on the year at .7%, the Nasdaq is up 6.4% and the S&P 500 is up 3.5%.  As we roll into earnings, so far we have 63% of S&P 500 companies are beating estimates by 4%.  This week will prove to be pivotal as we have 85 S&P 500 companies reporting their Q4 quarterly results. One other item to mention on the economic front, core PPI (Producer Price Index) fell when for the month of December as PPI core came in at +0.1% vs +0.4% the prior month.  These readings are making the prospects of heading back to 2% core CPI very realistic in 2023, which is what the Federal Reserve is looking to accomplish.  My case is that should similar readings keep coming in on a monthly basis, it should make the case for the Federal Reserve not needing to do any further rake hikes.

Shares rose 2% as the company reported a top and bottom-line beat.  Earnings per share of $1.26 came in above expectations of $1.24.  Revenues of $12.75 billion were a 12% decline from last year but ahead of calls for $12.54 billion dollars.  The main reason for the beat was the Wealth Management division’s strong performance as its revenues grew by 5.6% to $6.6 billion dollars.

Shares slid 4% as the company’s quarterly numbers ran ever so shy of the analyst estimates.  Earnings per share were $1.07 when analysts were expecting $1.09.  Revenues of $5 billion where also shy of Wall Street expectations for $5.5 billion.  CEO Walt Bettinger was very optimistic about the company’s opportunity for the rest of the year.

Shares dropped roughly 4% on the heels of a mixed quarter.  Although there were some one-time items, the company reported a loss of $2.12 per share when analysts were looking for a loss of 85 cents.  If one added back the one-time items, the loss would only have been 70 cents during the period.  Management blamed falling aluminum prices and higher material and energy costs as the reason for the miss in the quarter.

Shares fell 2% as the company reported a mixed quarter.  Earnings per share of $1.59 were on par with the Wall Street consensus.  Revenues of $20.77 billion were barely ahead of the $20.73 billion that analysts were waiting for.  CEO Jon Moeller said the company would keep to its price hiking strategy for its consumer goods as a way to fight higher prices.

Shares rallied over 8% on Friday as the company surprised Wall Street by adding a whopping 7.7 million subscribers in the quarter when expectations were for a subscriber number closer to 4.57 million.  This helped to overshadow the fact that the company missed terribly on earnings per share as they earned 12 cents despite analysts looking for 45 cents.  Revenues of $7.85 billion were right on par with what most were looking for.  Co-CEO Reed Hastings announced he would be stepping down in that role and transitioning to executive chairman of the board and Greg Peters, the company’s COO (Chief Operating Officer) would step-up to be co-CEO with Ted Sarandos. The company is still focusing on the growth of its ad-supported lower pricing and noted it has not seen a material switch of consumers from the higher priced model to the lower priced one.

Shares of the financing firm jumped 20% as the company reported a top and bottom-line beat.  Earning per share of $1.08 cents were better than the $1 Wall Street was looking for.  Revenues of $2.20 billion were $143.15 million more than analysts were looking for.  Management also believes that 2023 will be a much better year than the Wall Street was expecting from the financing firm.

Shares fell over 6% in early trading as the financial firm posted earnings per share of $3.32 while Wall Street was actually looking for $5.48.  Revenues of $10.59 billion were also shy of the calls for $10.83 billion.  The quarter was marked by a bad combination of rising expenses and falling revenues.  Management said they would be taking cost-cutting measures and announcing layoffs.  Loss provisions in its credit card portfolio increased to $972 million, compared to $344 million the same period a year ago.

We head into a really busy week this week as 85 companies will report earnings.  Although we saw a mixed bag this past week, we will have a much better picture of expectations for the year.

We welcome an opportunity to discuss the above detail and wish you much success in the rest of your week! 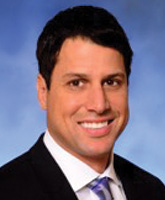 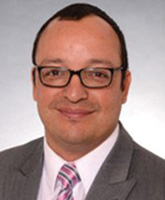 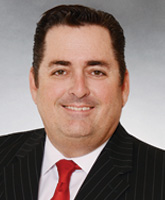 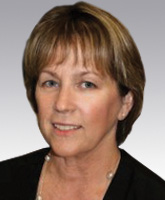